On www.StakeholderDialogues.net we regularly feature success stories of initiatives and projects that have applied a dialogic stakeholder approach. The last story to be featured this year is the story of how community based natural resource management was turned into a succes in Namibia.

After the apartheid in Namibia the black population in Namibia was left with no chance of owning land titles or wildlife. As a result there was no incentive for them to care for the land they lived on – as a consequence over the years wildlife and natural resources soon decreased. To tackle this problem a new conservancy policy was introduced in 1996. Under the policy communities can register for the land they live on to be declared a conservancy – the communities in return have to look after the wildlife and are entitled to benefit from the utilization of wildlife. 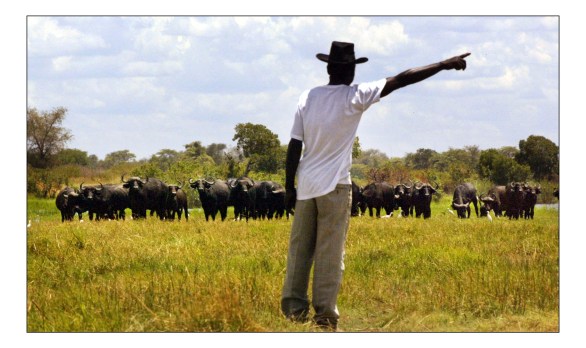 A couple of weeks ago I interviewed Karine Nuulimba of the Integrated Rural Development and Nature Conservation (IRDNC) an organization that, together with the WWF, played a major role in initiating this change process in Namibia. The interview with Karine was very inspiring – she passionately shared her insights with me on the success factors of the people-centered community-based natural resource management – an approach that is rooted in the fruitful collaboration between local communities, government bodies and NGOs.

So here is what worked for them:

It was made sure that every member of a community involved understood the implications of applying as conservancy. Only then did a community decide for or against an application.

Ensuring ownership through participation in planning and set-up

The fact that the exact set-up of the conservancy including its boundaries was not predefined by government officials has proven a valuable instrument to engage the villagers and to ensure their ownership in designing their very own conservancy.

Being listened to by government staff was a unique experience for most, and the open, non-prescriptive process contributed to the remarkable degree of popular support that continues to drive the national program.

Deciding jointly on rules and regulations

The network between the different conservancies was very closely knit. Peer-learning was encouraged, for example in a chairperson’s forum that dealt with issues that crossed conservation boundaries. As other learning mechanisms a mentoring program and cluster trainings were introduced.

In Namibia until today more than 79 communities have joined forces under the conservancy policy leading to 21% of the countries resources to be cultivated sustainably. To read the whole story, please visit StakeholderDialogues.net. You will also find many other exciting success stories!